Professor Kung is interested in computing, communications and sensing, with a current focus on data analytics and compressive sensing. Prior to joining Harvard in 1992, he taught at Carnegie Mellon University for 19 years. 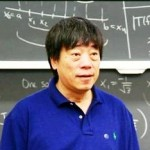 Professor Kung has pursued a variety of research interests in his career, including complexity theory, database systems, VLSI design, parallel computing, computer networks, network security, wireless communications, and networking of unmanned aerial systems. He is widely known for his work in systolic arrays, optimistic concurrency control, and theory of I/O complexity. He has led large research teams on the design and development of novel parallel computers and computer networks. In 1999 he started a joint Ph.D. program with colleagues at the Harvard Business School on information, technology, and management, and co-chaired this Harvard Program from 1999 to 2006.

To complement his academic activities, Professor Kung maintains a strong link with industry. He has served as a consultant and board member to numerous companies and government agencies. Professor Kung's professional honors include: Member of the National Academy of Engineering; Member of the Academia Sinica (in Taiwan); Guggenheim Fellowship; Shell Distinguished Chair; recipient of the Inventor of the Year Award by the Pittsburgh Intellectual Property Law Association; and the ACM SIGOPS 2015 Hall of Fame Award (with John Robinson) that recognizes the most influential Operating Systems papers that were published at least ten years in the past.